{% set headerFontFamily = "Open Sans" %} /* This affects only headers on the site. Add the font family you wish to use. You may need to import it above. */

After you have updated your stylesheet, make sure you turn this module off

3 Leaders Your Children Can be Inspired By Parents of preschoolers quickly realize they're amateur psychologists. How best to get your child to persevere, thrive and blossom is always on every parent’s mind. One way is to present examples of inspirational, if lesser-known, leaders. 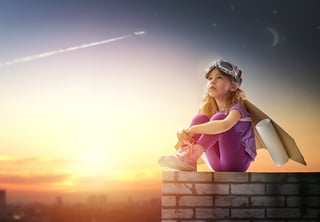 The American Psychological Association states that children who learn about struggles, not just successes, of scientists can help them succeed in science. The scientist Lise Meitner is a good role model of perseverance. Meitner, born in Vienna in 1878, had to overcome bias getting into and remaining at the University of Vienna from 1901 through 1905, when she became only the second woman to receive a doctorate from the school.

Meitner struggled throughout her early career to find funds, fight sexism and even to find a place to conduct research. She had to evade the Nazis; she lost her position as head of a research institute. She persevered, however, and went on to discover nuclear fission. An element in the Periodic Table, Meitnerium (Mt), is named in her honor.

John Lewis has seen firsthand more conflict than most Americans. He has always turned away from violence, however, in his roles as civil rights activist and representative of Georgia’s 5th Congressional District. From his roots working alongside Dr. Martin Luther King Jr. to his decades of Congressional service, Lewis advocates non-violence when standing up for civil rights and equality. Along the way he earned the Presidential Medal of Freedom in 2011 and the National Conflict Resolution Center’s 2014 National Peacemaker Award. One children’s book about his life, John Lewis in the Lead, could be a good read-aloud for preschoolers.

Some parents worry their preschooler may keep to themselves, behave a little differently, or see the world from an unusual perspective. Consider the American artist Joseph Cornell. His 1930s–1960s found object boxes may seem quaint — even dated — at first glance, but his appeal to children and adults is timeless.

He was a loner but produced deep influences in the art world with his collages, sculptures and films — all highly valued today. If your preschooler is a collector, Cornell’s constructions could encourage her or him to turn the collections into lovely little artworks to brighten rooms and lift spirits.

What leaders have you shared with your children to help channel their energies? We at Kids Konnect would love to hear more examples in the comment section below.