{% set headerFontFamily = "Open Sans" %} /* This affects only headers on the site. Add the font family you wish to use. You may need to import it above. */

After you have updated your stylesheet, make sure you turn this module off

Celebrate the Lunar New Year at Home with Arts & Crafts This week, millions of people around the world are celebrating the Lunar New Year. At Kids Konnect Preschools, we’ve been thinking about the best ways to celebrate the Lunar New Year for children in 2021.  This a major celebration and we believe it's important you share holidays you don't traditionally celebrate in preschool.

Of course, the usual celebrations aren’t possible this year. Our teachers have been brainstorming activities families with preschool children can do to celebrate the Lunar New Year in 2021 and still learn more about the event’s traditions.

Naturally, we also want it to include a bit of play time, so we settled on one of our most popular activities: arts and crafts!

This blog post will reveal some educational, fun and low cost arts and crafts that will entertain your children when they’re at home. Today, we’ll be building a dragon out of egg cups, making a paper Chinese lantern, and crafting the traditional red envelopes!

Before we begin, lets learn a little bit more about the holiday!

When is the Lunar New Year?

This is different from the ‘Gregorian’ calendar traditionally used here in the US, which always starts on January 1st and is set by the sun.

What is the Lunar New Year?

The Lunar New Year is a big celebration that marks the beginning of a new year in the lunar calendar. It is celebrated in many Asian countries including Vietnam (known as Tet), Tibet (known as Losar), Singapore and South Korea.

However, in the US, the Lunar New Year is most commonly known as Chinese New Year.

How is the Chinese Zodiac involved in the Lunar New Year?

Many Americans believe that Chinese New Year is the same the Lunar New Year because the biggest Asian-American segment is Chinese, and the celebrations are normally celebrated in each city's Chinatown areas.

This is why Chinese Zodiac symbols are often part of Lunar New Year celebrations. As part of the Chinese tradition, every year is named after 1 of the 12 animals in the Chinese zodiac.

The Story of the Ox

In Chinese culture, people born in the year of the Ox are considered lucky and promising.

The Ox is the second of the zodiac animals.

Why? According to some myths, the Jade Emperor was looking for 12 animal guards. He said the 12 animals that reached him first would be selected. Their order of importance would be determined by their order of arrival.

The ox and the rat arrived together. The rat tricked the ox into giving him a free ride to the emperor, but the diligent ox didn’t mind. When they arrived, the rat jumped off the ox and got to the emperor first.

How do Children celebrate the Lunar New Year

Normally, families clean the house before the new year, attend fireworks displays and parades, and generally eat good food and have a good time.

However, traditional celebrations can’t happen in 2021 with California’s stay at home order.

This is why it’s a good time to roll up your sleeves and do some arts & crafts with your children.

Lie 1 piece of red paper flat on a table.

Fold it in half lengthways so that you have a long rectangle.

Perpendicular to the crease, make as many incisions as you want. Leave a bit of space at the top so you don’t accidentally cut the paper in half. Your paper should now look like a little fan.

Open the paper up. Roll, and tape the two shorter sides together. You will now have a paper lantern.

If you’re using tealights, simply place the lantern over the tealight. If you’re using fairy lights, take a spare bit of paper, cut off a small strip and tape to the top of the lantern. Now you’ll have a handle!

Reattach the two parts with a bit of masking tape at one of the short sides of the egg carton. This is so your dragon can open and close its mouth!

Using the scissors, pierce 2 holes in the back of the egg carton for your fingers.

Place your dragon parts on your craft paper and cut around the edges.

Glue the googly eyes to the bottom of the egg cups. Glue them to the top of the dragon’s mouth.

Now attached the dragon’s tongue and side bits using glue.

Cut a piece of A4 paper into a shape that fits onto the back of the dragon’s mouth. Draw scales or a pattern of choice with the marker pen. Attach to the dragon.

Draw on some nostrils.

ROAR! Your dragon is ready! 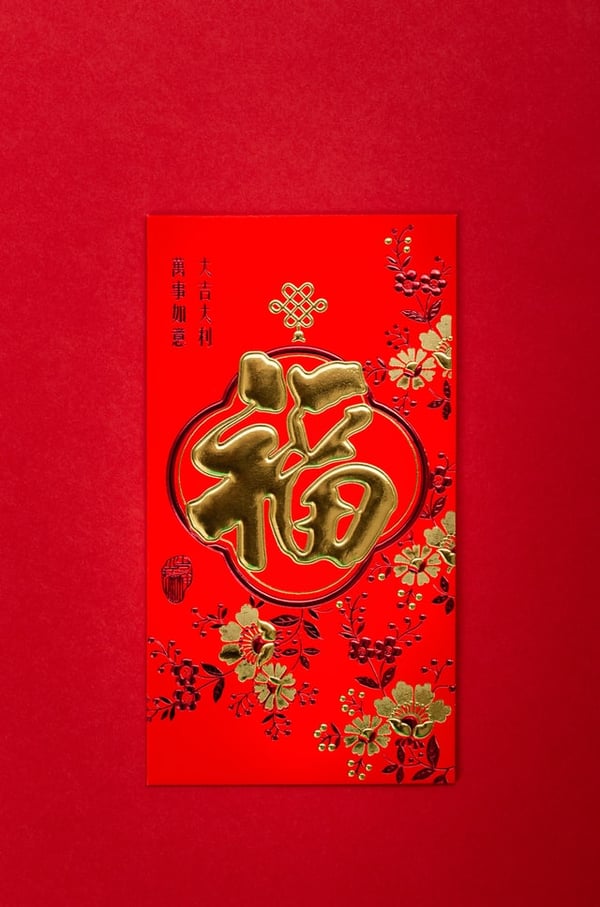 Cut the craft paper into a square. Fold in 3 of the corners and glue together (be careful not to stick them to the back of the paper!). Leave the top open so that you can put in your money or coins.

Flip the paper over. Use the gold glitter glue to decorate the envelope! Allow the glue to dry before moving to the next step.

Once dry, put the money or chocolate coins into the envelope. Close the last flap and seal with the glue.

Traditionally, parents give the red envelope to their children. However, as your young one has decorated the envelopes, it might be a nice idea to ask them who they want to receive the envelope!

At Kids Konnect, we like to celebrate the holidays and traditions of every race and culture! We recently put out a guide about the fun activities you can do to teach your children about other cultures during the holiday season, and we strive to make our preschools fun, inclusive and diverse places of learning.

If you would like to know more about our mission and why we think every child benefits from diverse surroundings, feel free to book a tour of your preferred preschool today!